And the winner is… Rainbow Lorikeet! 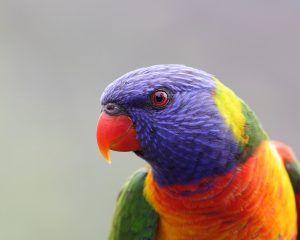 Thanks again to everyone who participated in the Aussie Backyard Bird Count during 23-29 October (National Bird Week) last year. Birdlife Australia has kindly provided us with a special report describing the results specifically for the Living Links region (i.e. the Dandenong Creek catchment). Here is a summary of the results:

So what was the most common bird species recorded? You guessed it – Rainbow Lorikeet, with a whopping count of 4407! The graph below shows the top ten bird species most commonly recorded during the 2017 survey: 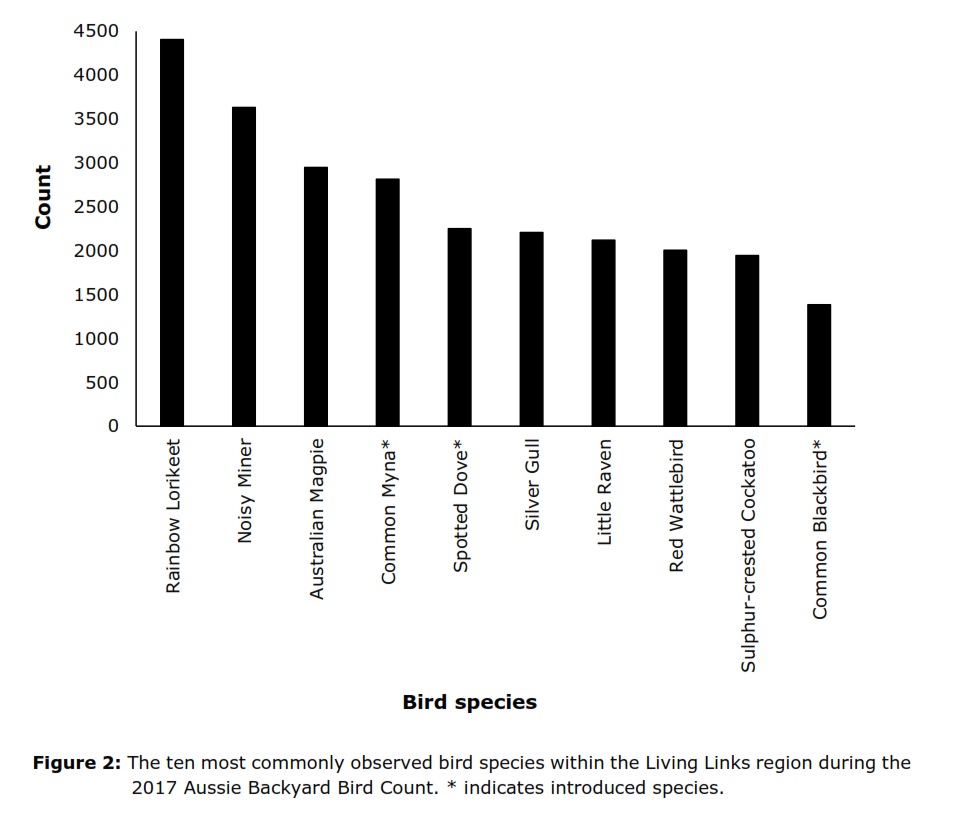 What about the least common species recorded in the Living Links region? The following 21 species were represented by only single observation each:

Therefore it’s particularly interesting if you see any of these species – please make sure you report them!

The 2018 Aussie Backyard Bird Count will be held 22-28 October. But in the meantime, you can continue to make a valuable contribution to citizen science by participating in each seasonal Birds in Backyards survey (the Autumn survey is currently underway), or contribute any day of the year via Birdlife Australia’s Birdata portal.