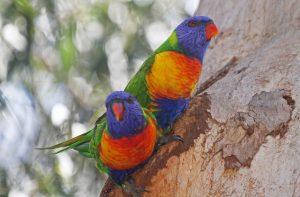 Thanks again to everyone who participated in the Aussie Backyard Bird Count during October (National Bird Week) last year. We’ve now received our full report from Birdlife Australia describing the results specifically for the Living Links region (i.e. the Dandenong Creek catchment). Here is a summary of the results:

The map below shows how the surveys were distributed across the Living Links region: 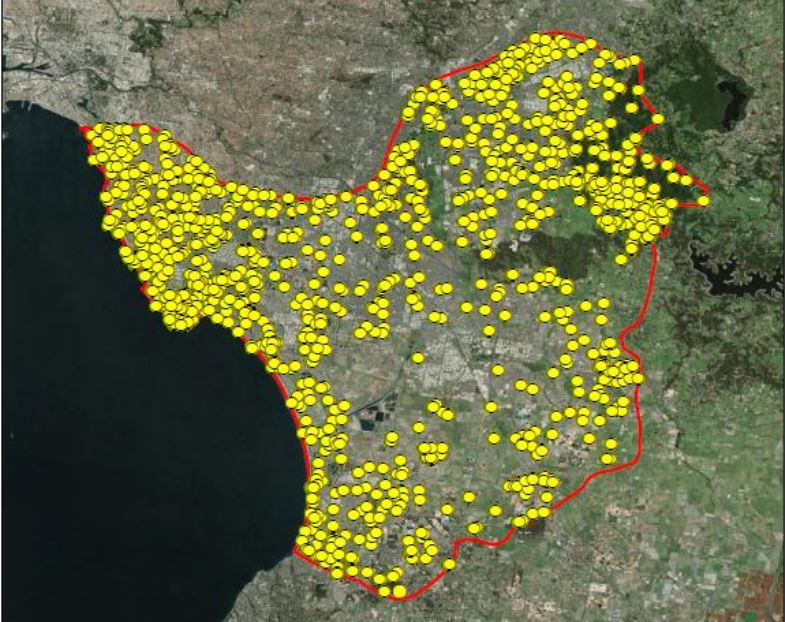 So what birds did we find? The graph below shows the top ten bird species most commonly recorded in the Living Links region during the 2018 survey (* indicates introduced species): 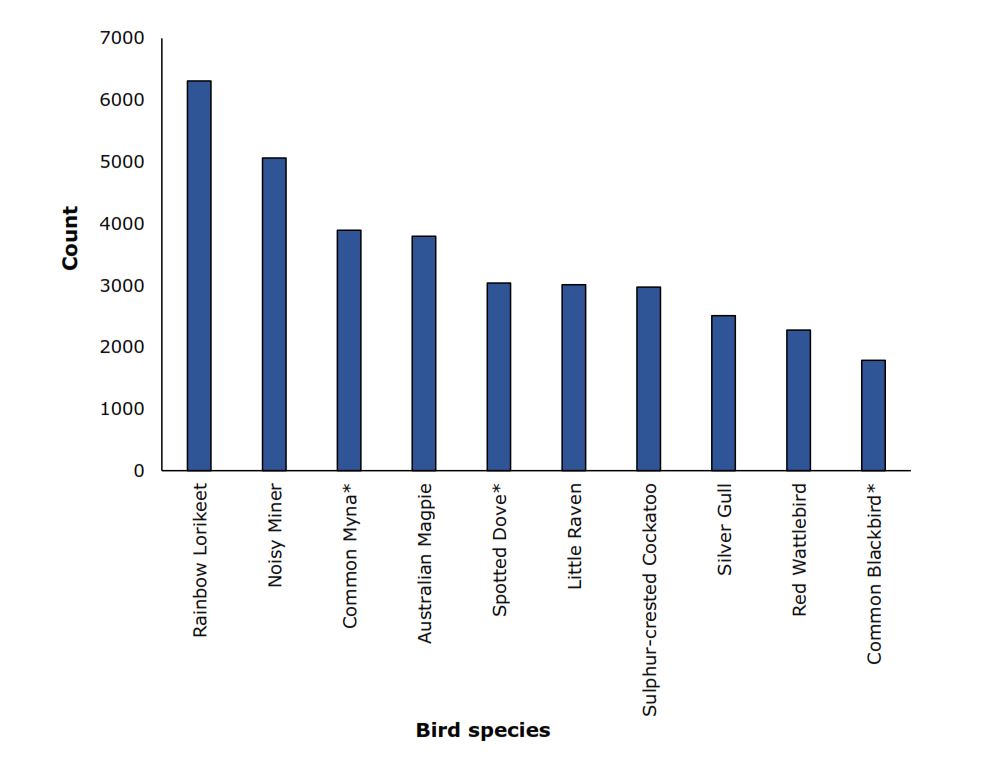 A total of 21 threatened species were also recorded during the survey week, shown in the table below: 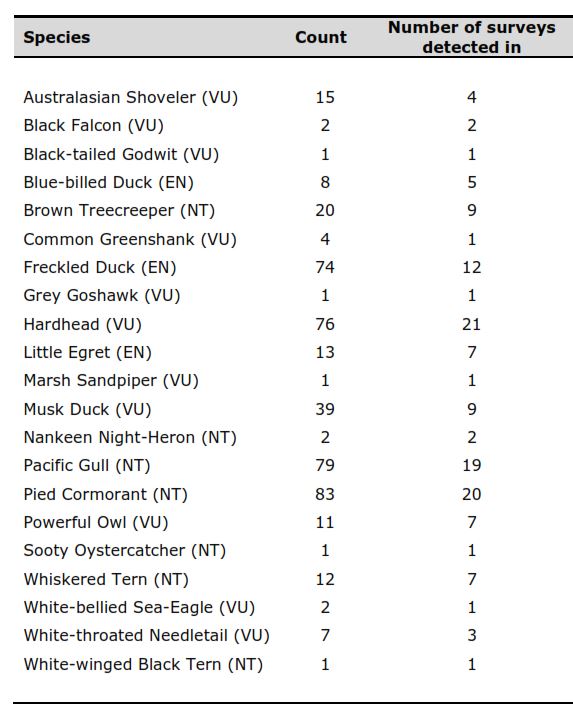 The 2019 Aussie Backyard Bird Count will be held 21-27 October. Keep an eye out for our Backyard Bird Discovery Walk series, where you can learn about local birds and practice using the survey App. But in the meantime, you can continue to make a valuable contribution to citizen science by participating in each seasonal Birds in Backyards survey (the Autumn survey is currently underway), or contribute any day of the year via Birdlife Australia’s Birdata portal.